What Are Voice Overs 2020 Update

What are voice overs? well...everybody has heard a voice over at one time or another. Our goal in this post is to provide our readers with a clear understanding of the definition and how various industries have been changed from talented individuals around the job. Here at Commercial Kings, it's our goal to ensure our guest get the very best insight engaging with the broadcast industry.

From the talent that sells you DJ Drops, or the voice of your favorite night club spots or that all state commercial. Broadcast talent evokes emotion or gets vital information across to an audience. Without voice-overs, the news media industry wouldn't have such a huge impact on the consumers.

What Are Voice Overs By Definition?

A voice over is a human-made production, not software. However, the recording software is used to capture and edit the recordings to fir future use or as production reads which can be later used by the client for various broadcast purposeless.

The second phase of this process includes a producer or "Commercial Kings" to mix and master the content for optimum broadcast levels. Broadcast talent is commonly used in TV, radio, film and even theater. Generally, these audio actors are hired exclusively to record and drive emotion with impact audio recordings. 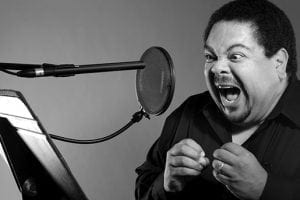 One of the more famous uses for voicing is to provide a persona to an animated character. Think about Frozen or any other famous Disney film. Each personality is actually a star behind the views with a microphone making the character come alive. As animated films are rising in popularity, famous celebrities are looking for narration work, hoping to add variety to their resume.

Another famous use for talent is giving narration to a film. This kind of talent is so general in a film; you possibly don’t even realize it is happening. Commonly, the speaker in a film has intimate details about the characters on the display and gives insight for the audience to their emotions or thoughts.

In this sense, actors are a vital part of many films and is necessary for keeping the audience informed. Blockbuster hits films like Casino or Jurassic Park both used narration in their movie trailers. I've found that most Hollywood studios really like using Morgan Freeman voice to help push the narrative of the production. 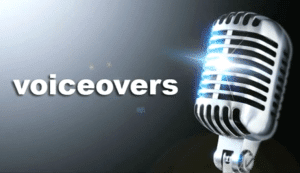 Advertising is a very critical use for a voicing. Actually, radio is fully voiceover and actors are never seen. Radio promos are extremely helpful for advertisements that can promote events or social gatherings of all types especially - radio sports.

When consumers hear pro explanations of a product, it produces instant reliability. Even on TV, where performers can be seen, it is more expected that a product is presented with an announcer without an artist. Powerful talent highlight sales a lot better than an actor seen with the product.

In conclusion, this technique represents more than just detail but has become part of our daily lives as consumers by building credibility and trust with consumers by brands and even producers.

Written by Kasey Vs The Internet

View all posts by: Kasey Vs The Internet